Speaking of Han Solo, you may have already gathered that I am a pretty big Star Wars fan.  I fell in love with the films as a kid, survived the prequel trilogy enough to defend it, and have really enjoyed sharing the sequel trilogy with my children.

So it might seem natural for a guy that works at Alexa to want to make sure Alexa knows everything about Star Wars the same way that I claim to.  So I am.

A few weeks ago, I started a new project on my Twitch channel, where I spend time live-streaming software development, smart home stuff, drones, and technology in general.  It’s a great outlet for me, because I get to share my passion with others, record it for those that couldn’t tune in live, and explaining things is the best way I’ve found to be sure that I understand something.

So far, it is able to tell you about nearly every character, droid, creature, vehicle, weapon, technology, species, location, and organization.  It can also play the original trailer and opening crawl videos from each of the films and television shows.  It can also quiz you.  So you can say “Quiz me on Episode 5” and it will choose a random thing from that film to give you clues about.  Or you can say “quiz me about vehicles” and test your knowledge about vehicles from around the Star Wars universe.

It’s not done yet (so you can’t ask Alexa for all of these awesome things yet), but it should be coming soon.  In the meantime, if you want to have some input on what it does, or just see how it is constructed (like a Death Star), come join me sometime!  I live stream every Monday and Wednesday from 10am – 12pm Eastern time.  You can also subscribe, so you’ll get a notification when it happens.

I love computer hardware.  I’ve built my own Alexa device from a Raspberry Pi.  I have a device attached to my garage to open and close it.  I have a ceiling fan I can operate with my voice.  The point is, I love to make cool hardware do cool things.  And this January, I’m taking that one step further.

At one of my favorite technology conferences, Codemash, I’m working with a good friend of mine, Brandon Satrom, to run a 4-hour technology workshop that combines my passion for hardware with my passion for voice technology.  The first two hours, you will assemble and create your own IoT device, complete with sensors and lights.  In the second two hours, you will build an Alexa skill that is specifically designed to control your newly created hardware.  Change the color of the lights, ask for the status of a sensor.  You get the idea.

I’ll be publishing all of the instructions, code, and tutorials as we get closer to the event, so keep an eye on my GitHub.  And then even if you couldn’t make it to Codemash, you’ll be ready to build some cool hardware for yourself.

I fought the term “hoodie” for the longest time, but it appears to have stuck, and I’ve been caught using it from time to time.  It’s not my favorite word, by far, but it IS one of my favorite articles of clothing.  I’m very particular about the types of hoodies I’ll wear, though.  I tend to aim for lightweight, and generally prefer polyester to cotton.  (Cotton is generally thicker, and it never sits nicely, so it gives my bulgy body extra bulges.) There are a few models of sweatshirt that I really like, so I thought I’d share my nuanced take on the most comfortable hoodies available. 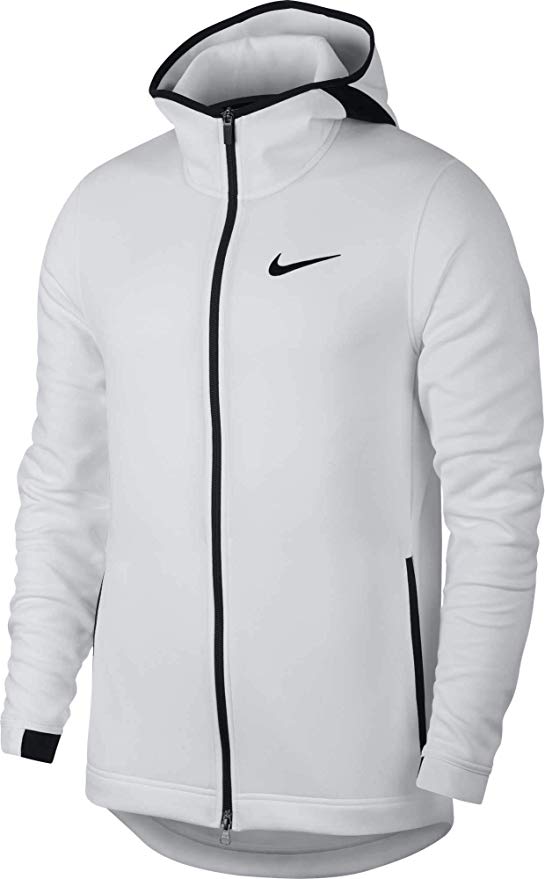 Nike is the king of athletic wear, and this hoodie is at the top.  The biggest problem I have with it is that it’s expensive.  But that’s the ONLY problem.  The Nike Showtime Hoodie is generally at $100 or more.  It’s soft, and has a really smooth texture.  It keeps you warm in the winter, and cool in the summer.  And it just looks fantastic.  This one is white, but I’ve seen it in red, black, and gray, too. 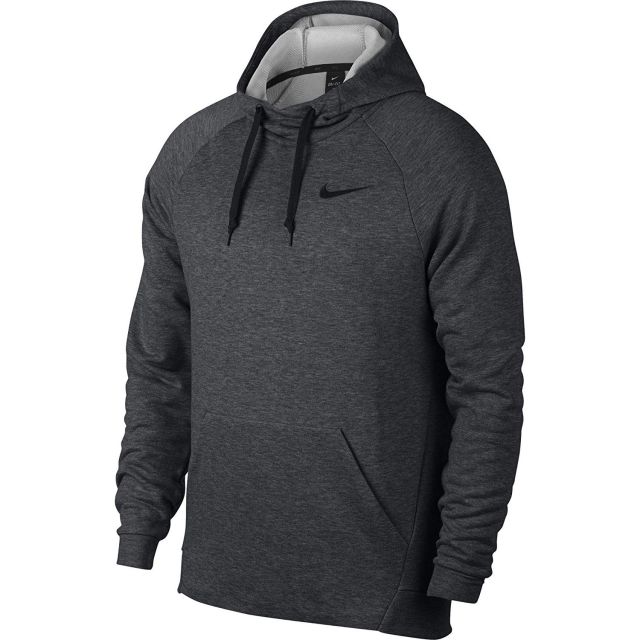 This is Nike’s 2nd best effort.  The Nike Dry Training Hoodie is just excellent.  It’s usually around $60.  The polyester in this one is spun to feel like cotton (rather than the others which are that more “athletic” feel.) . It’s warmer than the others, but you’ll also note that both of the Nike entries here have a higher neck.  I love that higher neck.  It just feels cooler. 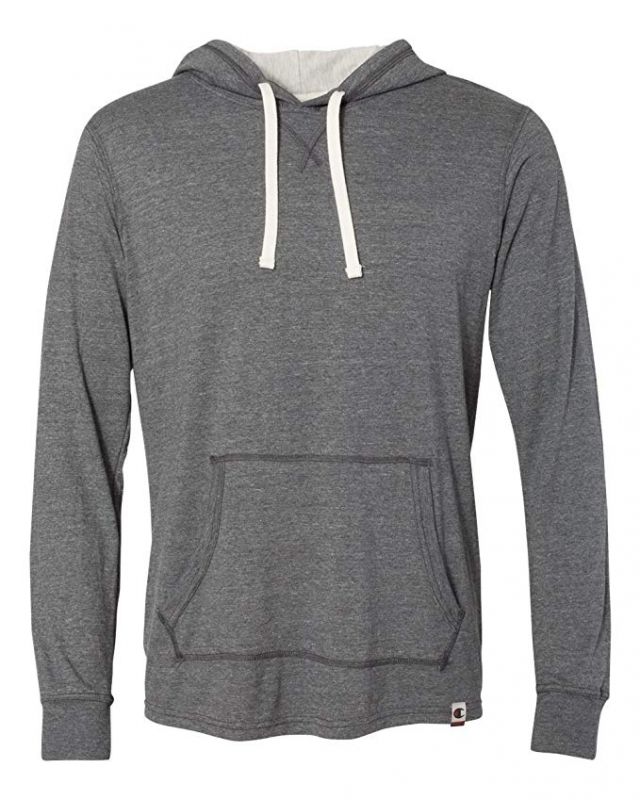 This is the Champion AO100.  It’s $22.  You generally don’t see these in stores, because they’re generally used to make branded logo apparel.  That’s actually how I discovered them.  I generally get something made for my team at Alexa for our big events, and this was last year’s entry (in black.)

This is the thing I see most of my teammates wearing when I go to the office.  It’s just comfortable.  It’s a tri-blend material, made from polyester, rayon, and cotton.  It’s so soft, and super thin, almost like a t-shirt.  Can’t recommend this one enough. 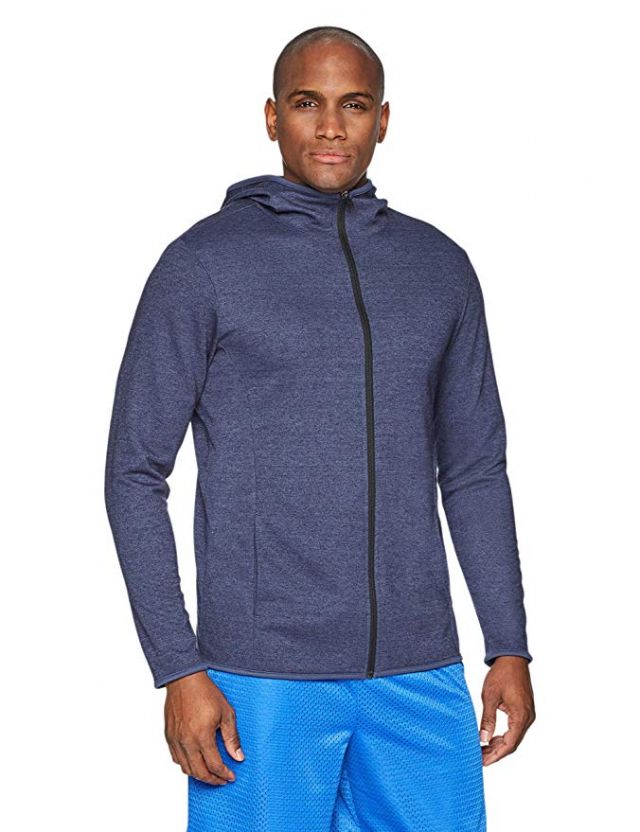 This is made by Amazon Basics, actually.  It’s $29.  And I know what you’re thinking: “Jeff, that has a full zipper.”  I know, I know.  But because it’s made of a soft polyester, it hangs on my body properly.  I only wish I looked as good in it as this guy does.  It also has a higher neck, but it just fits “right.”  I own several of these, and at the price point, it’s hard not to.

Also, if you haven’t taken a look at Amazon Basics clothing, it’s actually pretty fantastic.  I just bought some undershirts, and I am very impressed with the quality, especially for the price!  ($20 for 6!)